Being a journalist in Milan: meet Jacopo Tondelli 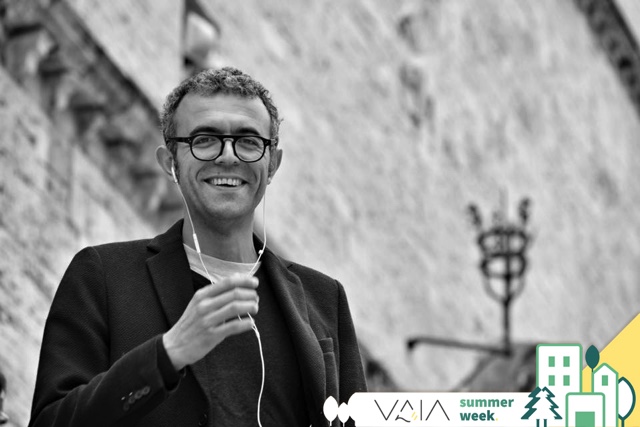 Jacopo Tondelli is editor-in-chief and co-founder of Gli Stati Generali, an online news outlet based in Milan. A true Milanese, 43 years old and with a wealth of journalistic experience, over the years he has written for newspapers such as Il Corriere della Sera and Wired. He founded one of the first Italian online investigative newspapers – Linkiesta, which he directed from 2011 to 2013. Jacopo has also written several books, and above all has developed through the years – armed with great courage, lucidity, ideas and facts – a career that aims at making Italian journalism more innovative, transparent and pluralist. All while keeping his attention on crucial issues for our future, such as the environment and sustainability.

Jacopo Tondelli will be one of the much awaited speakers at the VAIA roundtable on 15 July, Earth to Milan: trees and communities for the future. In this post we discuss with him some of the topics that we will address together.

Jacopo, Gli Stati Generali is a newspaper that is very attentive to issues such as the climate crisis, the environment, sustainability and the circular economy. Your approach is sometimes inconvenient, it is definitely not greenwashing. What has been the feedback from your readers?

Crescente, forte. Mano a mano che passa il tempo c’è sempre maggiore interesse per questi It’s been growing strong. As time goes by, there is more and more interest in these issues. There is also interest from policy makers, companies and so on. These are global trends in which we find ourselves, and which the community of Gli Stati Generali follows closely. In particular, as you said, we follow the theme of the circular economy, since it is really one of the horizons of the world economy, as companies know very well.

Your interest in these topics is palpable.

Yes, of course, I am very interested in these issues, both from a journalistic and a political point of view. And I am always interested in observing the ability of the Italian (and not only) ruling class to adapt in a timely manner to the real needs of the world.

Over the last few months, for Gli Stati Generali, you have travelled all over north-central Italy to report on how the Italian mountains have changed, and how they are changing. You have been to Valtellina, Belluno, and the Apennines in Emilia Romagna; you have written some beautiful and widely-read long pieces. What did you discover during these trips?

I was struck by the profound acceleration of a trend that was already present and deep-rooted: the gradual withdrawal, so to speak, of humanity from the Italian mountains. It will now be interesting to understand how the post-Covid-19 era will affect the situation, what will remain of skiing and ski resorts, of winter tourism… above all, how we will be able to design a new and more sustainable relationship with the mountains, because many ski stations, including historic ones, will be left with nothing but scrap metal, as is already happening. And all this clearly raises questions about the sustainable model to be built.

VAIA was founded to help communities in the Dolomites that were hit by the 2018 storm. What do you remember from those terrible days?

I thought that that storm reminded us of the urgency to care deeply about the nature around us. Vaia demonstrates just that: that nature, in certain conditions, can be devastating. This is something we all have to deal with.

The environmental challenge for cities

You have a deep knowledge of Milan, a city that has an ability to reinvent itself that few Italian cities have.

I don’t know whether I agree with what you say. It is true that Milan is a city capable of reinventing itself, but it is also true that it is a city that historically has always been rooted in the development model generated by each epoch. I believe that in Milan there is a strong and natural urge to continue in the wake of the status quo. If you think about it, it is quite obvious that this is the case: the great changes, the great innovations – by definition – create shocks, not only in terms of habits but also, for example, in terms of employment.

Just think of how this city, in recent years, has built such a strong continental and intercontinental connection capacity; think of how many unnecessary and environmentally costly journeys have fuelled, and continue to fuel, the Milan model; think of how construction is still central to this city’s development paradigm. All these factors are not exactly environmentally friendly. So I think there is a lot of work to be done to ensure that a more sustainable development model really does take off in Milan.

What should be done?

I think that, for example, we need to encourage sustainable mobility more and more, just as it is clear that the constant rush to build complicates things in a city that already has a growing pressure on housing prices, yet at the same time has a very high number of empty residential and commercial units. So I think that on these two tracks, mobility and construction, we have to think very differently from what we have done in the past.The potential is there. Just think of all the greenery around the Milan belt railway; there are parts of the countryside to the south and east of the city that have remained agricultural land and have been preserved despite pressures from property developers who, especially in the 1990s and 2000s, wanted to urbanise it. But there is still a long way to go.

Do you think that Milan is a resilient city?

Milan is certainly resilient, as are all cities inhabited by people who have a strong drive for progress and local development. This is one of the characteristics of all those urban centres that are able to attract human and social capital that is ready to endure any condition. Milan is resilient because it is a city that is fit for the ambitious; this is a merit, but can also be a limitation.

Our roundtable is about trees and communities for the future. What kind of community is Milan?

Certainly, as I said before, it is an ambitious community. However, it is also a community in transformation. The old Milan, the Milan of the 90s, or the early 2000s, is a Milan that tends not to be there anymore. It has gradually disappeared. Today the city is populated by many new Milanese: many singles, young couples, immigrants – even recent ones, since Milan has arguably drained among the best resources from the rest of the country, as it is one of the few places in Italy where if you have talent or ambition you can emerge.

You are a true Milanese, but you have lived outside Milan for a long time.

Yes, I have lived in the close city of Pavia, where I graduated and did my PhD, and I have lived abroad: Germany, Israel… Today however, I could not live in any other Italian city. This preference is undoubtedly influenced by the fact that Milan is my city, as well as a system of social, productive, economic and cultural relations that makes it irreplaceable for me.

We need creative and cohesive communities to face the challenges of the climate crisis. Milan is certainly a creative city, but is it also cohesive?

No, I don’t think Milan is cohesive, but it cannot be by definition. Milan is in any case a strongly-oriented business city, and to ask a city with a vocation for fierce competition to be cohesive is somewhat contradictory.

Young people and the desire for the future

Many among the young and very young take to the streets to voice their environmental concerns, keep themselves informed and create start-ups such as VAIA. In your opinion, will Italian politics be able to give these young people space and listen to them or not?

This will definitely depend on how these movements last and become structured. Politics tends never to leave open spots, yet it must recognise those spaces that have been fully occupied by people; if these movements become a stable voice, capable of representing the underlying interests and of structuring the public opinion, politics cannot remain indifferent.

Do you think that the green wave that is becoming stronger and stronger in Northern Europe will be able to reach Italy as well? Because at the moment ecologists in Italy are not finding much space…

This is an old problem of Italian politics. The ecologist camp has never really built itself up in a credible way. The original Five Star Movement incorporated these kinds of needs, it intercepted them, but in the end it stunned and effectively silenced this current.

I would like it to be a city with a closer, more coordinated and also generous relationship with its surrounding areas, with its countryside, with the rest of the country. I would like it not to become what it was in danger of becoming, namely a centre of extreme concentration of capital, wealth and opportunities. I would like it to become a driving force for the distribution of capital, wealth and opportunities outside the city as well, and throughout the country.

What is your green place of the heart in and around Milan?The countryside where my mother was born and grew up, which is behind the Idroscalo. A really beautiful place.