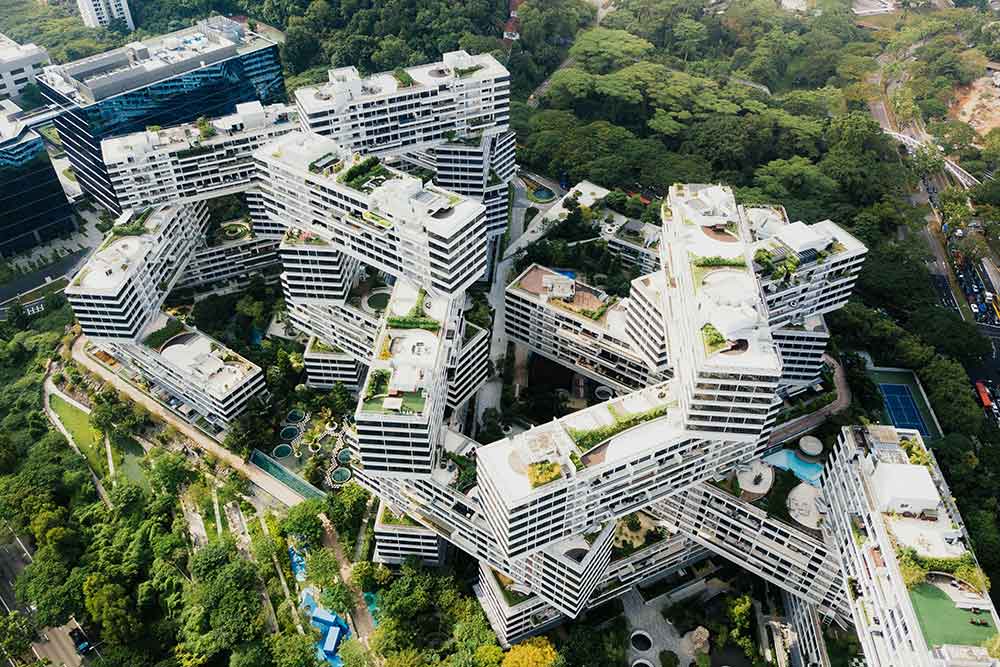 Among the proposals to make our cities greener and more resilient to changing climatic conditions, there is growing attention to urban afforestation projects. What are their advantages, and why should we focus on cities, where roads, pavements and parking lots make planting particularly difficult? What is the situation of urban greenery in Italy, and what measures will be implemented in the next few years? And above all, are there drawbacks to such popular measures? We try to answer these and other questions in the following paragraphs.

Why focus on the urban dimension

The latest figures by the Italian National Institute of Statistics tell us that 56% of the Italian population lives in urban areas. Despite the negative demographic projections, this percentage is set to increase over the next thirty years. The process of urbanisation is a global trend that will continue for decades to come, especially in less developed countries: by 2050, the proportion of residents in large cities will reach two thirds of the world’s population. The quality of life in the urban environment will therefore become increasingly important.

When we look at the sustainability of cities, a first point of debate concerns its environmental impact compared to suburban and rural settlements. The argument that has gained ground in the last decade is that the city is more efficient in the use of key resources. Its compact form helps to minimise land use and travel time, while the small size of dwellings and their concentration reduces heating energy consumption. In support of these assumptions, the negative correlation between urban concentration and CO2 emissions is often highlighted. However, there is a problem with most of these estimates: they do not take into account indirect emissions. In other words, the industrial and agricultural activities that sustain the city and its inhabitants are located elsewhere, but their environmental impact is often attributed to the regions that host them. This imbalance between emissions per capita consumed and produced has been highlighted in both the US and the UK. The most recent estimates put cities’ contribution to global CO2 emissions at 70%, while they cover just 3% of the globe’s surface area.

In a comprehensive study on the subject, geographer William Meyer argues that metropolitan areas offer greater protection from natural events such as earthquakes and hurricanes, as well as from risks related to human activities. Cities are key drivers of innovation, centres of culture, and sources of economic empowerment for tens of millions of people. At the same time, they show some signs of weakness. A brand new report by the Euro-Mediterranean Center on Climate Change (CMCC), for example, shows the increase in heat waves and floods that has affected Italy’s major cities: Naples has recorded 50 more days of intense heat per year in recent decades than at the beginning of the 20th century, as have Milan (+30 days), Turin (+29) and Rome (+28).

Bringing the forest to the city

Besides helping to achieve the objectives of CO2 stock reduction, urban forestry measures offer ways of combating air pollution and improving urban liveability. They also mitigate the heat island effect and flash floods, thanks to the shade created by tree crowns and the restoration of permeable surfaces. It is no coincidence that the CMCC report itself lists them among the solutions for adapting to a changing climate.

In Italy, things are starting to roll. With the so-called Climate Decree of 2019, targeted reforestation projects in urban areas have been promoted for the 2020-2021 period. In July, the first 15 million Euro were approved for the implementation of 34 projects in Italy’s 14 metropolitan cities; the results of the selection of the 2021 projects are expected soon, for a total funding of 18 million Euro. The aim is to extend the ecosystem services of woodland areas to the city: biodiversity conservation, water and temperature regulation, soil conservation, CO2 sequestration, noise reduction. Let’s take a closer look at some of the bid’s requirements to understand what interventions we might soon see implemented in Italian cities.

A first important signal is that the installation of “ready-made” plants will not be allowed: interventions must be real urban reforestation, not public green measures. A higher score will be assigned to the selection of species capable of absorbing more carbon dioxide and pollutants, just as de-impermeabilisation measures, such as the demolition of unused buildings followed by reforestation, will be rewarded. The legislator will also take into account the social value of the new areas, such as their connection with cycle lanes, their usability, and the involvement of the local community in the planning and management of the area.

Undoubtedly, trees in the city also bring some inconveniences, such as pollen dispersion, falling branches and the breaking up of road surfaces. Choosing the most suitable species helps minimise these problems and reinforces the positive effects of urban reforestation.

Forestami aims at planting 3 million trees for the afforestation of the Metropolitan City of Milan. Promoted by local public authorities and supported by the Falck Foundation and Sistemi Urbani FS, the initiative has now exceeded 300,000 trees. The first phase of the project, supervised by the Future City Lab of the Milan Polytechnic, has produced a meticulous mapping of the territory in order to identify the most promising areas for intervention.

The study estimated the vegetation density of the Milan metropolitan city at 16% of the total surface area. The comparison with other world capitals is merciless: Vancouver 26%, Geneva 21%, Singapore 29%, Amsterdam 21%, Johannesburg 24%. The aim is to bring Milan up to 20%. Most of the planting will take place on non-urbanised areas, such as uncultivated pastures and quarries, but it is the so-called “grey areas” that promise the greatest benefits – one fifth of the total area of intervention is earmarked for the conversion of impermeable surfaces. An important issue is the redevelopment of the seven disused Milanese railway stations – Farini, San Cristoforo, Porta Romana, Greco-Breda, Lambrate, Rogoredo and Porta Genova. Their total surface area is around one million square metres (around 140 football pitches), 65% of which is destined for green areas.

The provision of adequate funding is an vital aspect of the project: the planting of each tree costs about 30 Euros, which covers planning costs, the purchase of the plant and a 5-year follow-up. In order to reach the goal, the collection has benefited from everyone’s contribution, raising more than 1 million Euros from foundations, companies and private citizens. The Metropolitan City has also been awarded 2.3 million from the urban reforestation funds allocated under the Climate Decree.

The objective of many urban reforestation campaigns, apart from their environmental impact, is to improve quality of life. It is well established that green spaces contribute to our well-being, reducing stress and providing opportunities for socialisation and sporting activities.

The flip side of the coin is the pressure on housing accessibility, as Pierfrancesco Maran, council member of Milan, pointed out at our round table ‘Earth to Milan‘. Urban development triggers an increase in property values and the cost of living, putting lower and middle income groups at a disadvantage. Many have theorised about the decay of the post-pandemic city, pushed by the search for green and less crowded spaces, as well as the growth of smart working. Yet real estate prices in Italy’s major cities continue to rise, against a negative national trend. Sometimes, urban forestation projects include price increases among their objectives. This is the case in Bologna, where the GAIA reforestation protocol aims for a 12% increase in property values (Symbola Foundation report).

In the US, low-income neighbourhoods are the most affected by the lack of green space. The recent hike in electricity costs has reminded us of the impact of higher electricity bills on the weakest members of the population. With their canopy, trees mitigate the heat island effect and can reduce the use of air conditioning by up to 30%. Their positive effect on air quality and mental well-being are other determining factors for focusing on reforestation in the most deprived neighbourhoods.

Reconciling urban forestry with social inclusion is a path full of hidden dangers. A tool to be adopted on a European scale could be a “green equity” indicator along the lines of the US Tree Equity Score, in order to identify the urban areas that can benefit most from the planting of new seedlings.