Why do we plant new trees? 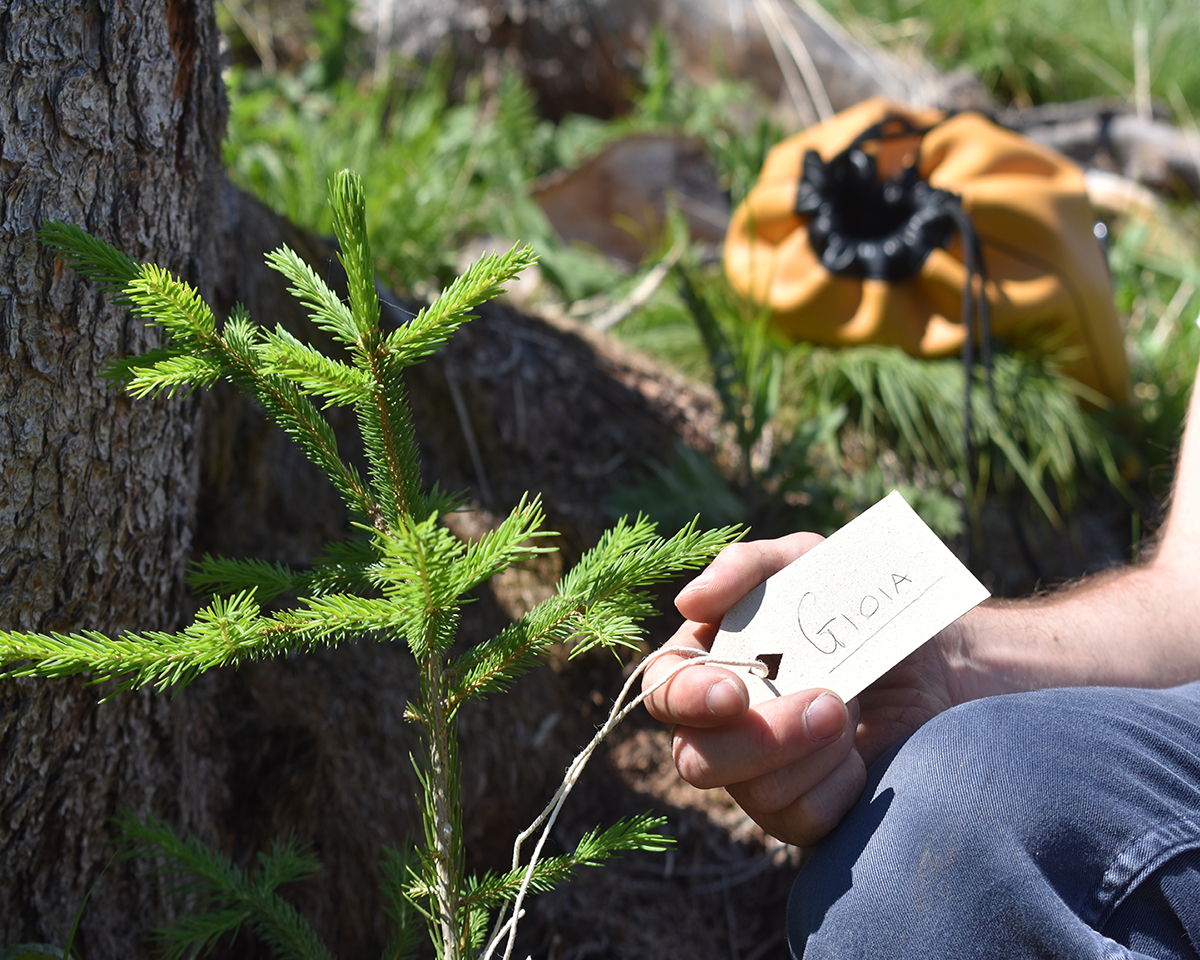 There are now numerous international commitments to reforestation. The Billion Tree Campaign launched by the UN Environment Programme in 2006 was followed by the Bonn Challenge in 2011 and by the One Trillion Trees Initiative, launched at the World Economic Forum 2020.

Planting a new tree is an important action that we fully support: to date VAIA has contributed to planting, in collaboration with our partner Etifor and the local forestry corps, more than 17,000 larch and spruce seedlings in the Dolomites. By the end of the year, we aim to reach 50,000 new plants. Trees are about a quarter carbon, and during their growth they store approximately four times their weight in carbon dioxide. This CO2 reduction “technology” is proven and ready to be used on a large scale, unlike other solutions that are still in the experimental (or small-scale application) phase.

However, reforestation actions can be more or less effective, not only in terms of carbon capture but also from an ecological point of view. Given the documented shortcomings of some reforestation campaigns, the question arises: why plant new trees? And above all, is there a best way of doing it?

Large-scale reforestation projects began in many countries after the Second World War, in order to restore national forests and mostly for economic purposes. The first internationally recognised methodologies for monitoring the climate impact of such initiatives were developed in 2005 (UNFCCC). In recent years, there have been mixed results in terms of what has actually been achieved. The term ‘green desert risk’ aptly sums up what can go wrong in nature-based climate change solutions.

Let’s start with the track record of the voluntary commitments made so far by many nations. In documenting the progress of the Bonn Challenge, researchers have attempted to identify risk factors for the success of the initiative. Of the projected 150 million hectares of recovered forest by 2020, just under half has been achieved. To predict the feasibility of each national commitment, one only has to look at the ratio of promised to available land area, deforestation rates, and the success of previous sustainable development campaigns. There is a real risk that as deadlines approach, lagging countries will rely on planting commercial exotic varieties or restoring areas affected by fire – a formal success that invalidates biodiversity conservation and CO2 sequestration targets.

Approximately half of the areas committed to the Bonn Challenge are monocultures: it is estimated that they store one fortieth of the CO2 stored over the long term by the same area of natural forests. The timing of the targets favours this type of solution, as does the way it is financed, which promotes easily quantifiable targets. It is much easier to put a number on a row of pine trees than on the natural regeneration of an area left on its own.

The difficulties identified with respect to the Bonn Challenge are common to other initiatives.

According to a recent study, subsidies provided by the Chilean government between 1986 and 2011 to support forestation efforts did not increase the net forest area. They have rather most likely reduced biodiversity, as the increase in monocultures has been at the expense of the primary forests.

Monocultural approaches have shown other terrible disadvantages, which have often been difficult to predict. One of Canada’s worst fires, which occurred in Fort McMurray in 2016, resulted from the conversion of peat swamps into black spruce forests, the result of a local 1980s policy to favour logging. The drainage of the peat, combined with the concentration of relatively young conifers with crowns too close to the ground, created ideal conditions for fire in times of drought, with a huge and immediate release of CO2.

The warning is clear: capturing carbon dioxide through planting isn’t necessarily a long-term solution, and is severely exposed to fire risks. A similar conclusion was found for some Chinese forestation strategies, which, due to an incorrect choice of planting species, increased drought risks and lowered the water table. Under certain conditions, grasslands can provide longer-lasting carbon storage.

These cases highlight a simple truth: misguided reforestation policies can be worse than no action at all. This makes it all the more important to understand which silvicultural techniques can produce a net benefit in the complex and uncertain challenge of interacting with natural equilibria.

In a previous article, we recounted how the restoration of forests affected by the Vaia storm follows the guidelines of natural regeneration, limiting artificial interventions to the areas most at risk. This choice is the result of the evolution of silvicultural techniques, but not only: the budgets available to the Forestry Corps have been eroded by the progressive decline in the economic importance of forests – a trend that isn’t only European, as demonstrated by the restoration of the Eldorado National Forest in California.

Natural regeneration has the merit of entrusting Nature itself with the selection of the most suitable species to grow in a specific location. Biodiversity is preserved almost automatically, while protection from adverse events can rely on the evolutionary heritage of the local flora, which has adapted to cope with the typical difficulties of a given area.

Another key to forest conservation is to encourage a sense of belonging in local communities. The experience of managing the commons has taught us this for some time: community-based forestry initiatives monitored by FAO over the last 40 years have shown a general increase in forest area and density, as well as in its productivity and biodiversity. Aligning the objectives of reforestation campaigns with the needs of the local population can increase the likelihood of their long-term success.

Finally, reinforcing carbon pricing mechanisms would provide the right financial incentive to value forests beyond their timber contribution, helping to reduce the distortions that have led us to prefer monoculture plantations to existing virgin forests.

Why planting trees is not enough

AlberItalia is a consortium promoted by the Italian Society of Silviculture and Forest Ecology and Slow Food, with the aim of combating climate change through nature-based solutions. The first of its “Principles for combating the climate crisis by planting trees”, illustrated in a brief vademecum, is precisely this: planting trees alone is not enough.

By way of example: if the 5,000-year-old global forest area were restored, some 200 billion tonnes of CO2 would be sequestered from the atmosphere. This sounds like a lot, but it barely equals the global emissions of the next 20 years at current rates. There will never be enough trees to balance our global emissions.

The biggest risk is that at the seductive sound of “natural solutions” we come under the illusion that we are taking more significant action than we actually are. Offsetting programmes – such as promises to plant a couple of trees to “compensate” for the emissions of a plane trip from Rome to Amsterdam – have often failed to produce the announced results, effectively legitimising business as usual.

It is the net zero trap. We continue to emit today, betting on our ability to offset tomorrow. Natural solutions to climate change must return to their original aspiration of protecting existing forests in the first place. Focusing on the actual scope of reforestation measures confronts us with the remedy for which we have not (yet) found a substitute: reducing global emissions.