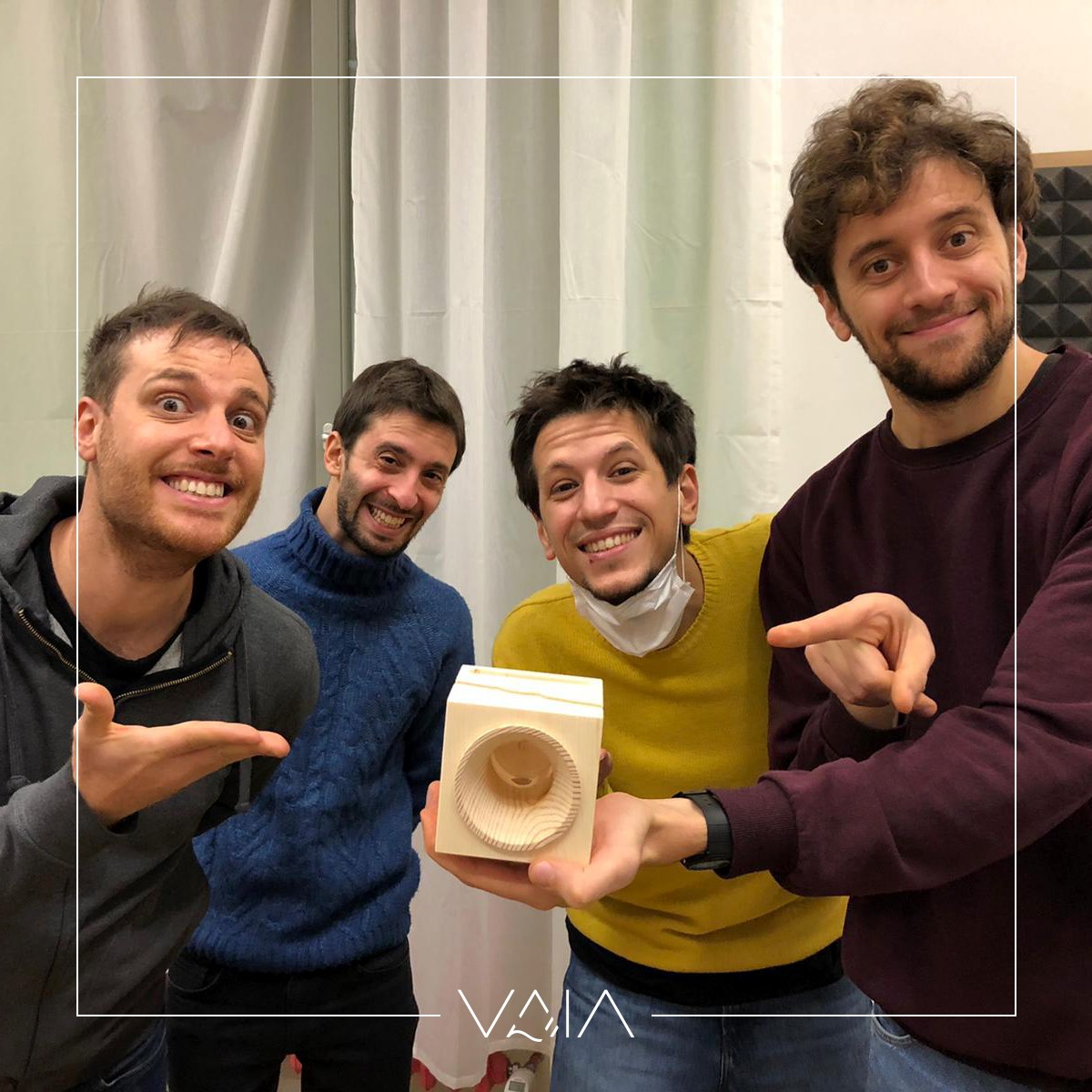 The destinies of VAIA and of the Italian band Eugenio in Via Di Gioia could not have crossed paths in a more auspicious way.

On 26 September 2019 the “Eugenii” (plural of Eugenio) have issued Lettera al Prossimo, a digital platform inspired by the homonymous track from their album Natura Viva, with a fundraising campaign for the replanting of the Paneveggio forest, in Trentino (Italy).

Just two weeks earlier, on 12 September 2019, VAIA was formally born with the aim of giving new life to those logs broken by the storm.

The Turin-based group and VAIA turned music and positive energy into action, inspired by the need to send a concrete signal after the devastation of 2018.

The first notes of A metà strada, their latest single, came out on 27 November right from the larch cone of the VAIA Cube. For the preview, the Eugenio gave our amplifier to twenty friends from the music world, and the collaboration blossomed.

But where do the roots of this partnership lie? To find out, let’s take a small step back to tell you who Eugenio in Via Di Gioia, one of the most recent revelations on the Italian music scene, are and where they come from.
(NB: the English translations of their lyrics and song titles provided below fall exclusively under our responsibility.)

From the streets to the tip of the iceberg

Eugenio Cesaro was 18 years old when he started out strumming a guitar under the arcades of Turin, repeating the usual five songs he knew. The road taught him everything: Cesaro’s busker experience is now reflected in the band’s extraordinary ability to entertain, as evidenced by the impromptu performance set up for the passengers stuck on the Rome-Turin route, which earned them the attention of Linus, a renowned Italian radio speaker.

Their first concert was in October 2012. Cesaro and Emanuele Via were joined in extremis by Paolo Di Gioia, whom they met the day before the gig, as the frontman says. Thus Eugenio in Via Di Gioia was born. 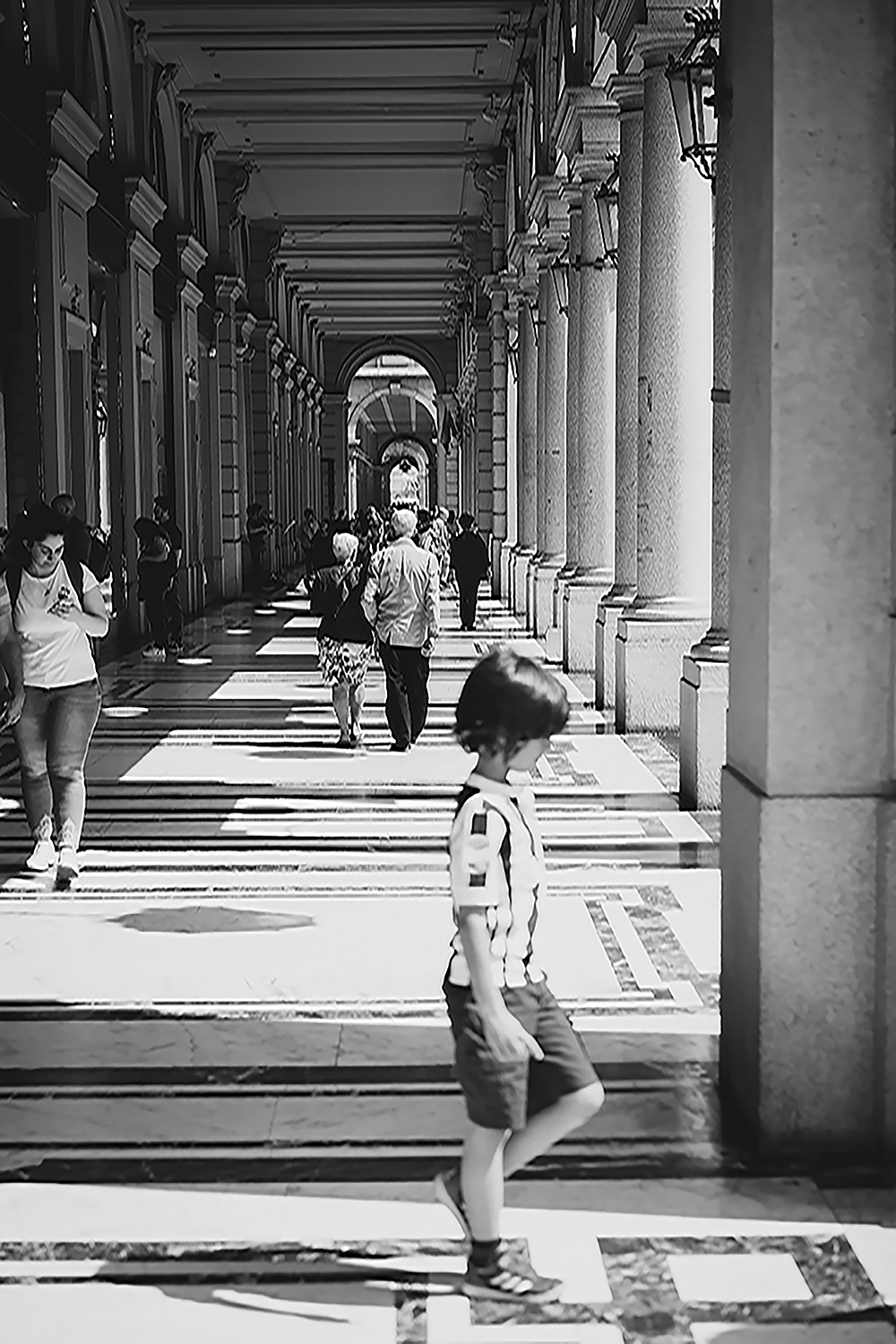 Their first album, Lorenzo Federici (2014), was named after the fourth member of the group – a democratic gesture, they say. It was followed by Tutti Su per Terra (2017), an album that  combines the mocking and self-deprecating mood of the previous tracks with the first environmental references: “I am one of many young people enlightened by an energy-saving reality”, they sing in Giovani Illuminati, in which the internet offers unlimited access to knowledge, but also causes a lot of loneliness. In Scivola (Slipping), the theme of deforestation recalls a lack of roots that is not only literal: under the daily bombardment of news reports, “the world has become impermeable” – and yet the “landslide that makes the news if it rumbles down the valley” cannot but refer to hydrogeological instabilities and to the soil impermeability caused by overbuilding.

La punta dell’iceberg (The tip of the iceberg) is one of the clearest examples of Eugenio’s conscience. In this exercise of imagination of a world in 2050, they hilariously cover issues relating to sustainable food, overpopulation, demographic ageing, the melting of the Poles, the rising seas, mass extinction and globalisation. With their characteristic mordant attitude, the melting of ice yields a “sweet sea without salt / diluted so much that we can bottle it”, while the knowledge built as a product of progress is pictured as a head that, coming out of the water, “doesn’t see its own submerged body”, just as “the tip of the iceberg is the whole iceberg, [and] the rest is gone”.

(Eu)genius: a wind of novelty

The Eugenio have brought innovation to the Italian scene, and not only with their music. First of all, in 2016 the single Pam led to the creation of PamMan, the first Italian musical video game which, to the sound of “ham, Redbull and plums”, retraces the recklessness of the four in the aisles of a supermarket. At the beginning of 2017, a second record was achieved with Giovani illuminati (Enlightened Youth), the first Italian video clip entirely shot in hyperlapse.

The Turin-based group then made its mark by tackling a theme – that of the environment – that had not been addressed at all by Italian songwriting. We are at the release of Natura Viva (Alive Nature, 2019), in which important references can be found.

Cesaro and Via met during their degree in Design and Sustainability at Turin Polytechnic: one song is titled Cerchi (Circles), a shape symbolising the circular approach, which flourished at the Polytechnic under Luigi Bistagnino’s school of systemic design.

In the poignant Albero (Tree), they sing an ode to the principle of natural self-organisation: “you don’t need a boss to control everything / maybe that’s just the point / your brain is present in every muscle / and that’s why you can be balanced”. 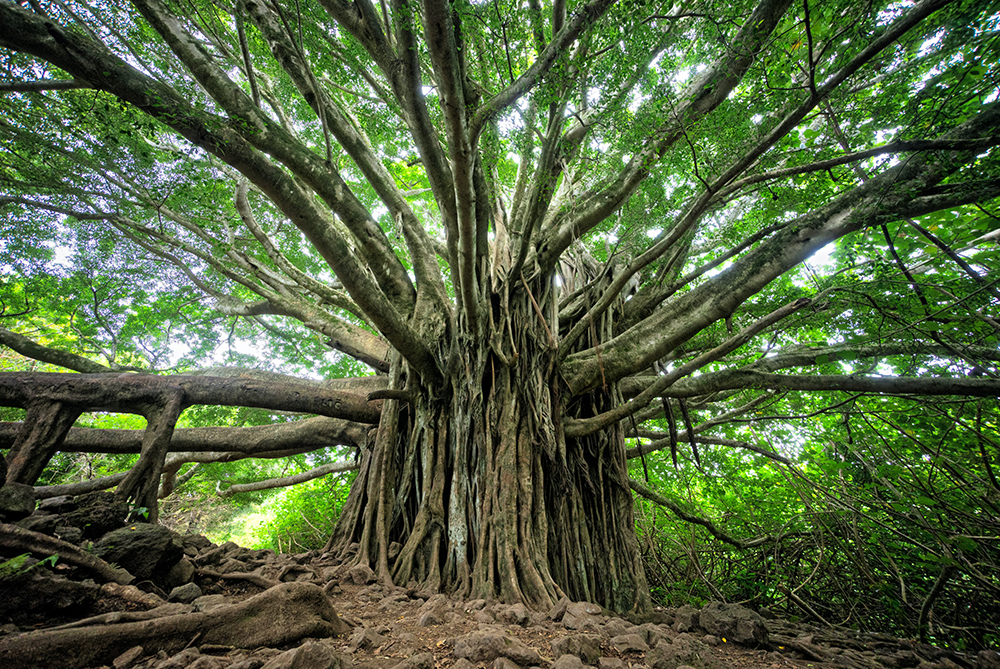 Lettera al prossimo (Letter to the neighbour), which recounts the unease of a generation facing profound uncertainty (“night falls and I keep thinking I’ve won the war / but I can’t sleep”), is transformed into action with the release of the homonymous platform. Launched in collaboration with Federforeste and Coldiretti, it raised €11,000 in 10 days to plant more than a thousand spruce trees in the famous Paneveggio “violin forest”, devastated by Vaia. Today Lettera al prossimo continues to be a “digital gathering”, bringing together a range of educational content, articles on environmental issues signed by experts in the form of “letters”, and actual projects, uploaded by users themselves.

For the environment, meeting halfway through

2019 was a decisive year for the young band, which won the final of Sanremo Giovani, a prestigious Italian songwriting contest. The win secured them the chance to appear at the 2020 “senior” Festival in the Newcomer section. Tsunami is at the same time the immobility of a bad dream from which we cannot wake up, the quicksands of incommunicability in the digital era, and the disinterest in front of an imminent emergency. “Look at the tsunami sweeping over the city / while all around it sinks here we dance / here we dance”. A perfect synthesis of the “vision dictated by science and contemporary sociology” that the group has been outlining in its lyrics for years.

A metà strada (Midway) marks a breaking point by exploring more international sounds, with lyrics of clear impact, given this historical moment of relational poverty.

To remain halfway through can be dangerous, when change is mired in indecision. VAIA represents the will of those who do not back down when faced by making choices, of those who have the courage to take a stand. The crossroad confronts us with ourselves, and we do not always know the right direction to take.

Yet ‘midway’ is above all the place to meet each other, to continue our journey together. We believe, in Eugenio’s words, that on the issue of environmental sustainability the world is now right there, “midway”, and that the time has come to write together “a better script, for a true ending”.

May our destinies cross again in spring 2021, for the planting of the “Eugenio in Via Di Gioia forest” in Paneveggio.