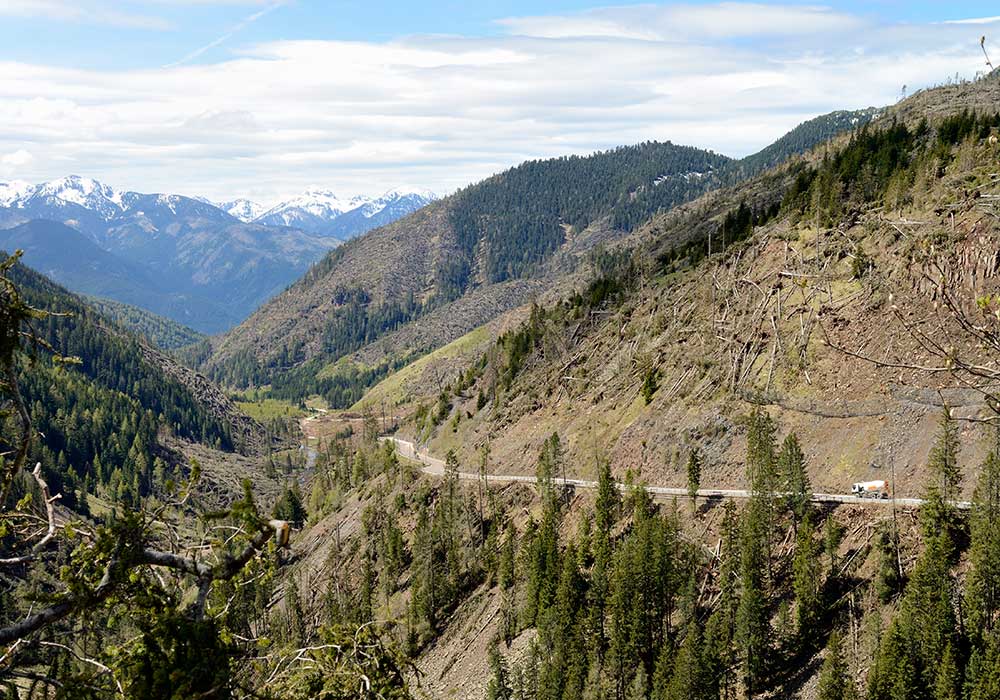 “I could hear the noise of logs breaking, of trees falling around me. It sounded like the mountain was about to collapse.”

The Vaia storm continues to accompany us through the marks left on the Alpine arc. Those days at the end of October 2018 remain etched in the memory of those who experienced it – like our Federica, who remembers well that chilling sound of falling trees, in the woods adjacent to her home.

It is an event that has received a fair amount of attention over the past two years, not least because of its anomaly. We have elsewhere summarised the formation of the atmospheric depression and its effects, and why the scientific community chose to call it that way.

Almost two years later, we believe that telling the story from the inside can give it a more intimate meaning, especially to those who have only recently approached its unfolding. This is how we in Vaia experienced the storm first-hand.

Monday 29 October 2018. The previous day’s Civil Protection bulletin had already triggered the alert, as Federico, a Vaia co-founder, recalls. Several municipalities advised against drinking tap water for a few days, as the swelling of streams had put filtering and purification systems to the test. Water rationing, which is common for many people in southern and central Italy, is a rare occurrence in a province like Trento, which has no water supply problems and draws 90% of its electricity consumption from hydroelectric power stations. 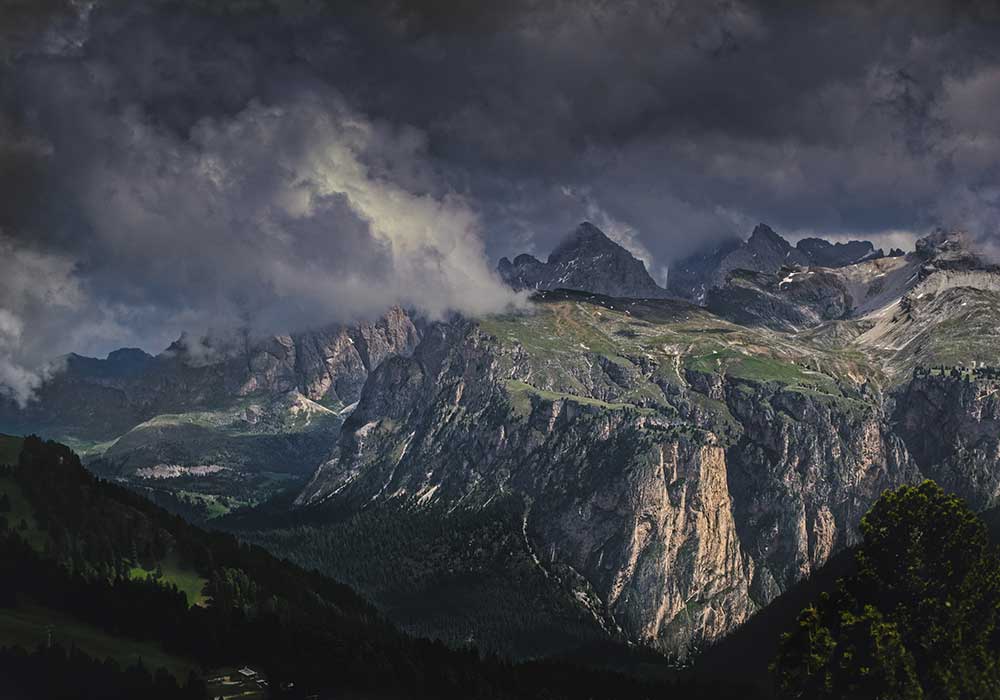 The dramatic development of the weather was so unexpected that the local film club had confirmed its meeting at the theatre in Pergine. Our Marianna was there and has a vivid memory of that evening. Before the screening begins, it becomes clear to everyone the extent of what is about to happen: the electricity goes out in the whole town, it is pitch black outside, and one can barely see the wrought-iron benches of the adjacent bar walking, shifted by the force of the wind. In those minutes of indecision, only the flashing lights of the fire brigade’s lorries flicker on, having intervened to clear the avenue of a felled tree trunk.

The only thing left to do is to go home, hoping not to get stuck on the road. In addition to the darkness, there is silence all around. The situation is surreal, even for a town that is not exactly known for its nightlife. An image that has become almost familiar today, fresh as the memory of deserted and desolate urban landscapes is.

Once inside the house, there is only one sound to accompany the night’s watch: the piercing whistle of the wind overrides all other noises, and is so constant that it acquires a consistency of its own. Those who live in the worst affected areas can hear the groans of wood being stretched to the point of breaking. The silent growth of the forest gives way to a dramatic thud. All that remains is to wait for the sun to rise.

The day after the storm

The “day after” encapsulates everything that Vaia has left behind in our collective memory.

The day after, telephone lines are down, mobility is blocked, and there is no electricity. It is no longer possible to communicate, to return to one’s home or to go to work – the collection of well-ordered electrons on which we base so much of our daily lives is scrambled. Some places in the Belluno area are suffering the worst consequences, with landslides causing isolation for up to several days.

The next day sees a whirlwind of messages for those who grew up there, and now study or work elsewhere. The difficulty in finding reliable information, exacerbated by the communications blockade, bounces from one chat to the other in search of comfort. 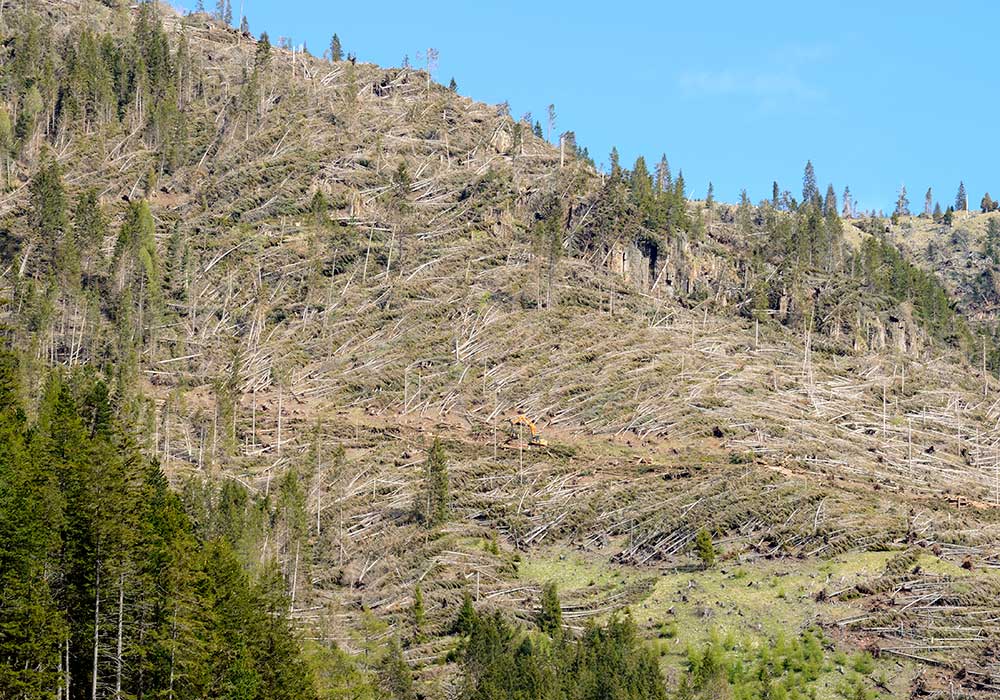 But the awakening reserves first and foremost an overturned landscape: the mountain summits, which until then had been soft and rounded by the foliage of the fir trees, appear broken, with a few scattered trunks that have survived the lashings of over 190 km per hour winds.

Waking up recounts the effects of the disaster in a clear, unmistakable way. If before going to bed the damage could only be imagined, it is with the light of day that the count begins. The wind will continue to blow on Tuesday, but the signs are already there. Only pictures can do justice to the devastation, and many times not even that. Often the only antidote to disbelief (or apathy) is to go there and see for oneself.

The see with one’s own eyes

For Federico, returning to the places of Vaia is only a matter of days. On his return from Ferrara, where he is spending time writing his master’s dissertation, one question in particular comes to mind: how have the places where I grew up been affected? How much of the landscapes that frame my memories will have remained intact?

“Let’s go and see“. It is not every day that one calls one’s best friends to communicate these simple words – I need to see with my own eyes what has happened, I am ready to let the sight touch me, but please come along. Unfortunately the roads up to Federico’s small cabin in Val dei Mocheni are still blocked, so it will be necessary to wait a few more days to inspect the damages. 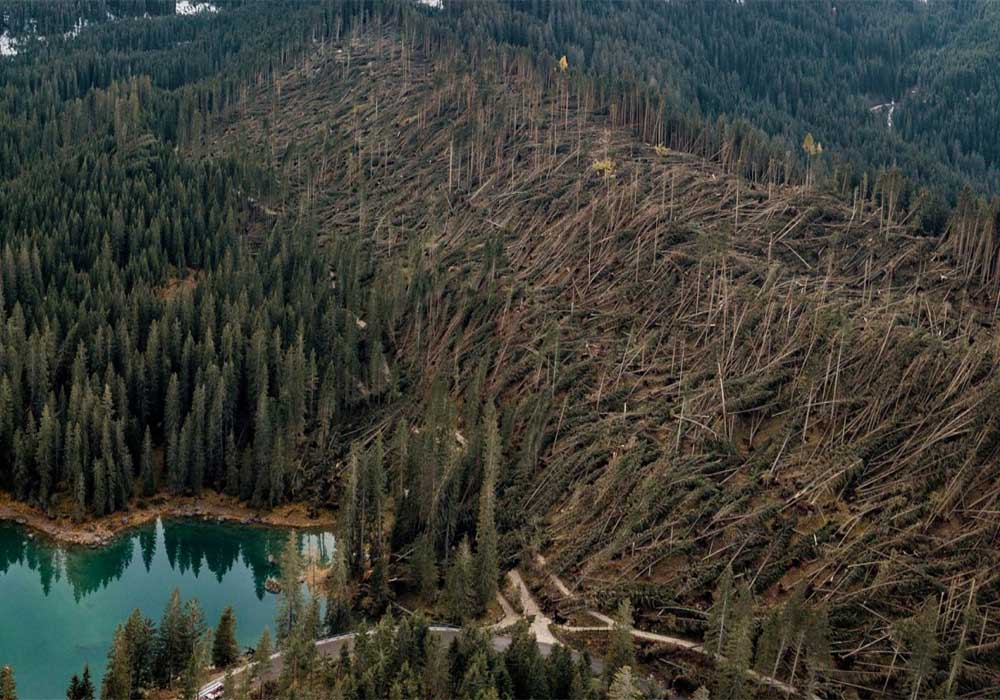 The Vaia storm has not only impressed the residents. Giuseppe, co-founder with Federico and Paolo, is a Sicilian kid who, like everyone else, got to know the effects of Vaia from the news. Those days of turmoil had shocked the whole of Italy: as the wave of bad weather extended to the entire peninsula, the disasters added to one another. With sensibilities anaesthetised by so many events, one can understand that the news was consumed and set aside.

A few months later, in January 2019, Federico shows him a passive wooden amplifier in a video call, recounting the way in which that small object is linked to the storm that has just hit the central-eastern Alps. For Giuseppe, too, the time comes to touch Vaia’s effects with his own hands.

A VAIA Cube was born

The visit to Trentino is a turning point for Giuseppe. The contrast between the intact valleys and the destroyed ones exposes the woundedness of the land completely. That cemetery of trees is a tangible sign of a forest that, experienced as a second home by the residents, has now ceased to be a refuge for the community.

Since that visit, the project has evolved from a game born out of a sharing between friends to a vision seeking entrepreneurial structure, as it can make a difference. “Try and leave this world a little better than you found it,” Baden-Powell wrote in his last message. Vaia Cube represents a multifaceted challenge, combining motifs such as youth entrepreneurship,  sustainability and the circular economy. To date, more than ten thousand people have embraced the project and taken home a small piece of the torn forest. 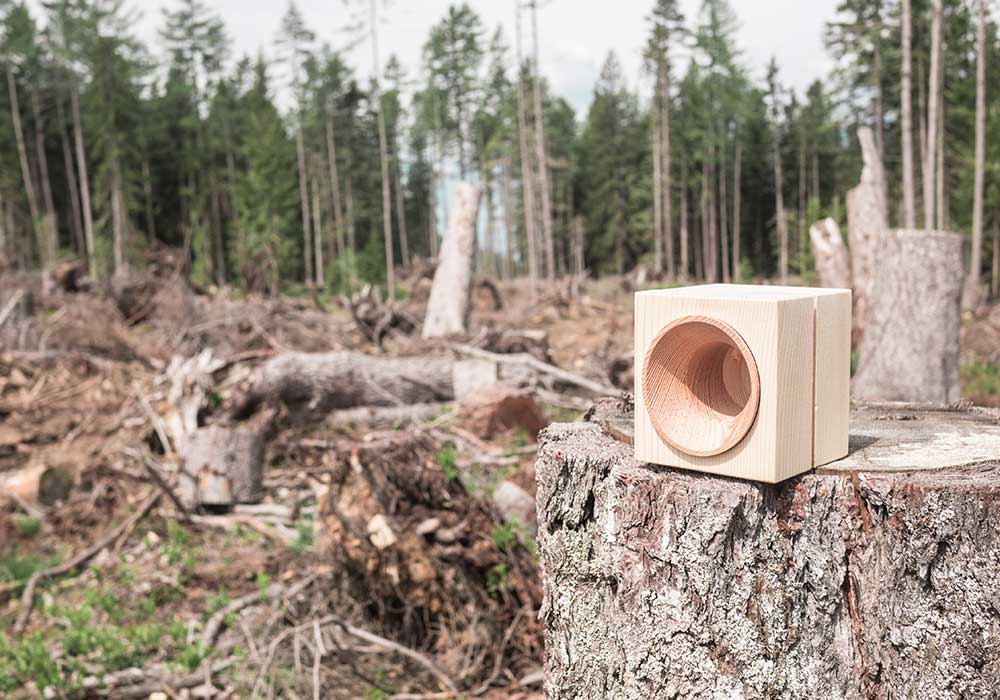 Sometimes, losing hope is the way to reclaim what is most dear to us. The affected landscapes will continue to bear the wound for a few decades to come, but for many, Vaia has been an opportunity for rebirth, for building a new relationship with a changed territory. The resilience shown by local communities proves that shocks require adjustments, often dictated by necessity, but they also make room for solutions that are more in tune with the contemporary spirit. At VAIA, we continue to be inspired by the values that have driven us since the beginning, since that night at the end of October, ever more distant and yet still so close.